Collateral Damage: Causalities of the Girl I Used to Be The crimes of my youth surfaced with the arrival of my old friend in my city. I first met Josh the summer I worked at the Old Faithful resort in Yellowstone Park. I was 19, dauntless, with deer-like legs on which I bounded through my shifts at the restaurant and right out onto the trails when clocked out. Josh was my best friend that summer, my safe friend, the one with whom I could share a back-country tent without a single concern as I considered him as one might a brother.

Josh is a country boy. He’s still lives in the house he grew up in on his parents dairy farm in Wisconsin. He works maintenance at a local hospital on the night shift, then spends his days helping on his parents farm. I don’t think he sleeps. He’s married now, with three kids.

15 years passed without us meeting again, but occasionally I’d get a pack of cheese curds for Christmas, a comment on a Facebook post about my daughter or my recent doings. His trip to my city to visit nearby relatives was only the second time he’d ever been on a plane, and the first time he’d ever been in a “big city”.  Not long ago, I got a message from him out of the blue, could I pick him up at the airport. Could I take him to the Space Needle?

Of course, I replied. I’ll also take you out to dinner and to my house to meet my family.

Every day leading up to the trip he’d send me another message. Did he need to dress up for dinner? Was I taking him to my favorite place? Would my husband come with us? Did I have that same butterfly feeling in my stomach?

Cute, I thought. He’s really excited about this.

He arrived a bundle of nervous energy. Since I told him he didn’t need to dress up, he walked off the plane in shorts, a plaid button-up shirt with the sleeves cut out to make it a tank top, and a huge goofy smile.

“You look exactly the same!” He said. “Except your hair isn’t as messy as it was in Yellowstone.”

I laughed and gave him a great big hug.

He couldn’t possibly remember the places I took him that day. I don’t think he was aware of our surroundings at all. He told me back-to-back stories about that summer long ago and wanted to know all about my life since then. In the midst of all this, I took him to the waterfront to eat local clam chowder. I showed him the Space Needle. I took him to meet my kids and my husband.

Late in the evening, we started the long drive north to where I would deposit him at his aunt’s. The stories he recounted in the car filled me with joyful remembrances. I could actually feel again what it was like to be 19 and out in the world for the first time. I sat straighter in my seat, excitement building as he helped me remember adventures I hadn’t thought of in over a decade.

He asked me what the happiest time of my life has been since then. I told him three short stories about different moments in my life. He became quiet. I must have driven a few miles before breaking the silence.

“And you? What was your happiest time?”

“Do you remember the time I jumped in front of the buffalo and saved your life,” he said.

“No.” I laughed, smacking his arm. “That didn’t happen! Now you’re making stories up.”

“Yes it did,” he said. “Do you remember when you moved to Japan and I kept trying to call you, but couldn’t ever get the call through? Jeepers. I spend a hundred dollars on calling cards, but never got through.”

I stopped laughing, concentrated on the road ahead.

“You were the only friend from that summer that ever kept in touch with me,” he said. “Do you remember a couple years later when you had broken up with your boyfriend, we were on the phone and you said I should move out to the west coast?”

“Yes, but I had never moved anywhere. I was scared. My whole life was on the farm. I needed more to move. I didn’t know if you were asking me as a friend.” He looked out the window. “Or something else.”

Suddenly I remembered so much more about that summer, about myself at that time. Straight as an arrow, I didn’t drink, I didn’t mess around. In the park, I attended every Christian bonfire to sing the songs and say the prayers. Also, the product of not one but four parental divorces, I hungered for attention. I wore tiny shorts, bared skin and laughed with abandon. I wouldn’t go out with any boy working there, but made sure they saw me around enough to want me. Josh was by my side that entire summer and absorbed the full force of my desperate need for love.

Josh said, “You were always moving around then. I thought I’d move out west for you and poof, you’d just disappear. I never knew how you were asking me.”

I took a deep breath. I couldn’t let a single minute pass by with him still holding that thought. “I think I was careless with my words then.” I glanced over to see if he understood, but he wasn’t looking my way. “Moving was a hobby for me, I didn’t realize what a big deal it was for you. If I asked, it was definitively as a friend.”

“That’s what I thought all this time.” Josh said the words so quickly after mine it was like I hadn’t spoken at all.

I looked at him, tried to catch his eyes before I needed to look ahead at the traffic again, but he never turned to look at me.

After I dropped him off with awkward hug and a promise to not go another 15 years without seeing him, my mind churned the entire the long ride home. My stomach turned. I felt the years close around me and drove fast, anxious to put miles between me and the girl I used to be.

In SIX WORDS or fewer, write a story about a cat. In SIX WORDS or fewer, write a story about a cat.

(Leave your story in the comments below.) 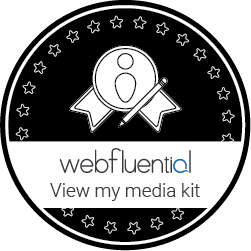 Ground News Pro: A Clever New Way to See Beyond Your Bubble

In SIX WORDS or fewer, write a story about a bad influence.